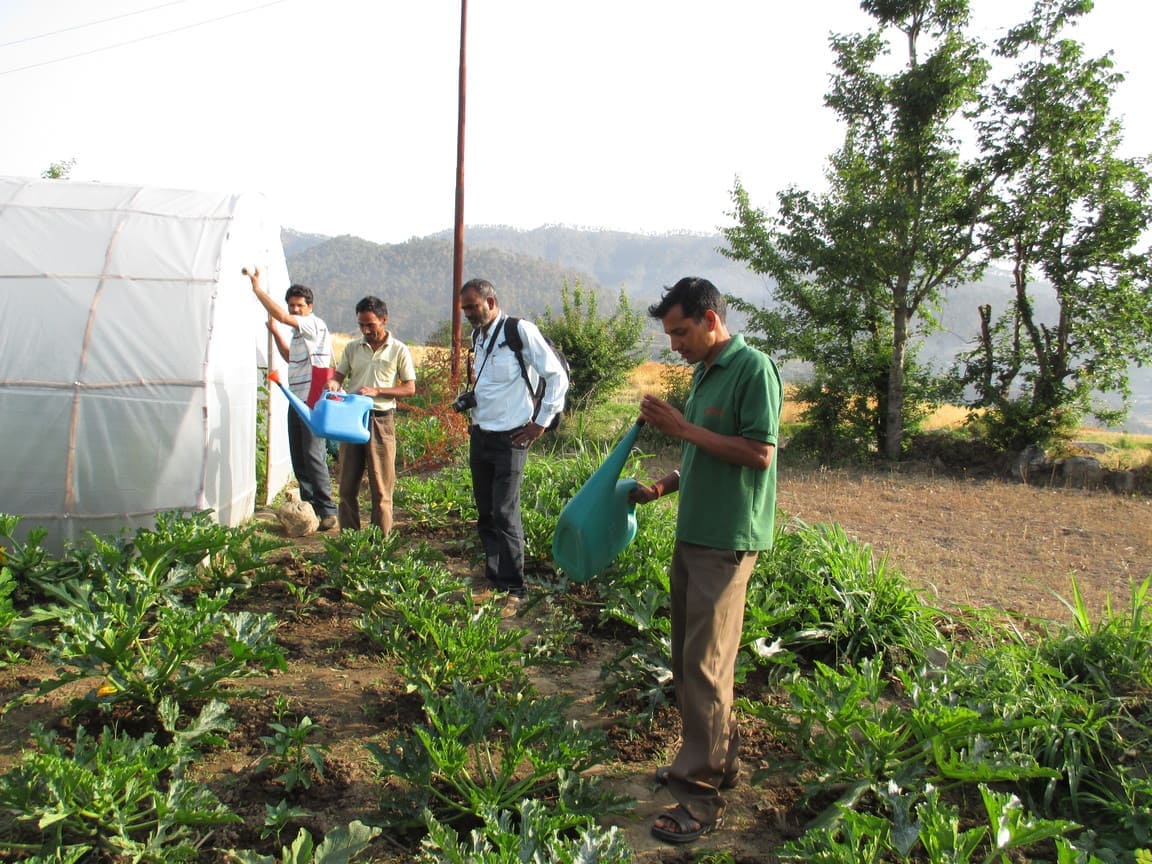 Dialogues, Garuda: The traditional Kumauni Shagun festival of the fourth Kirsaan festival under the auspices of a well-established institution in the tehsil area has begun with colorful eyes. The festival was launched by Prof. Pantnagar Agricultural University scientist. BD Lakhachaura lit the lamp. He said that collective efforts have to be made to save the mountain cultivation. On this occasion, 30 women from ten gram panchayats had a detailed discussion on farming and animal husbandry.

Agricultural scientist Prof. Pantnagar came from Pantnagar while inaugurating the festival on the first day of the two-day Kirsan Mahotsav held at the benevolent Vidya Niketan Dayunai. BD Lakhachaura and Prof. Anand Jeena told women advanced methods of farming and animal husbandry. He said that there is a need to do organic farming today. Organic farming will happen only when there is a lot of animal husbandry. On this occasion, the women asked the scientists to find a solution to get rid of the problem of monkeys. Dr. Kishan Rana, Secretary of the organization threw light on the Kirsan Festival. Culturalists Prema Joshi, Meena Devi, Manju Devi, who came from Matena on the occasion sang traditional Shagun Aakhar. Folk songs were presented by Kamla Devi, folk singer of Lakhani village. The children of benevolent Vidya Niketan presented Vandana and Swagit. The chairmanship was chaired by social worker Sunil Kandpal and the village head of Doyunai Krishna Pandey. During this, Neema Badsila, Bhavna Badsila,

On Sunday, on the second day of the Kirsan Festival, KD Pandey will perform the famous Jagar singer Padmashri Basanti Bisht of Uttarakhand at the Ramlila Maidan. He appealed to the public to reach Ramlila Maidan in maximum numbers.