Women empowerment in villages of Uttarakhand 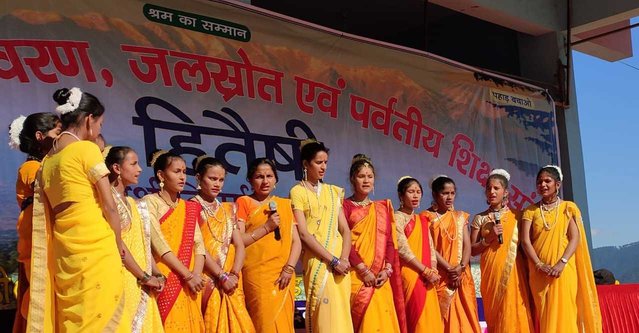 Dyonai Garur, Kumaon Himalayas, Uttarakhand ( remote village covered with green valley) Many cultural myths and norms have accustomed women to live the life of inferiority in rural areas. Where women are the catalyst of development, they are often pulled down to the ground of limits. This has continued for ages and long.

Let's compare them with the woman at positions, what do we see? Only the difference of education, residence & employment. Eventually, all women are efficient managers of their families and also their lives. Followed by the regular interventions in the community and with an understanding achieved from the experiences of the local people,

Because Hiteshi Ngo was concerned about the imbalanced condition of a woman in terms of decision making in the family. Then Hiteshi has introduced an event ( Krisaan Mahotsav)

a Mahotsav which will make the hardworking women empowered,  give women the love and respect they deserve in society like men.

Hiteshi India NGO under its event Krisaan that focuses on community-based livelihood through the farm and allied sectors, organizing this Grand Mahotsav from the last four years. Where Hiteshi conducts the different event from where they can find top contestant from different villages, who has the abilities to understand the daily needs of pahad, livelihood and who can manage their family efficiently, hardworking. In the final round, every year in December Hiteshi organizes a grand festival where

the award is given to the hardworking rural women and cultural event is organized. And gifts were distributed to all the participants because Hiteshi believes every woman is krisaan (hardworking, brave, intelligent)

These are brave women who happen to multitask all the work of their house and the men of the family either are in the Army or out of the village due to work. So women should be empowered and deserve a special place in her family, village, town, and society.